In the last week or so I've found this article pop up on my feed numerous times. For a musician (and it was always posted by them btw), it offers a glimpse of how we can and should be basing how me monetise our art upon the model used by HBO and other subscription based TV networks. The theory here, at least in principal, is that by making your customer base adults, shunning the kiddy dollar, and increasing the quality of what you release you can make a better product that people will want to buy.
So far, so good. We do live in a golden age of TV. This is due, in the most part, to large investment in highly skilled individuals, trust in the creative talent who conceive the programming and freedom to let these people work.
Take a minute now to realise why this model will struggle to metamorphosis into the world of music.
While I was doing just that I put on an old CD (remember them?) and, while looking at the inner sleeve (remember them too?) I turned the cover over to reveal this………………. 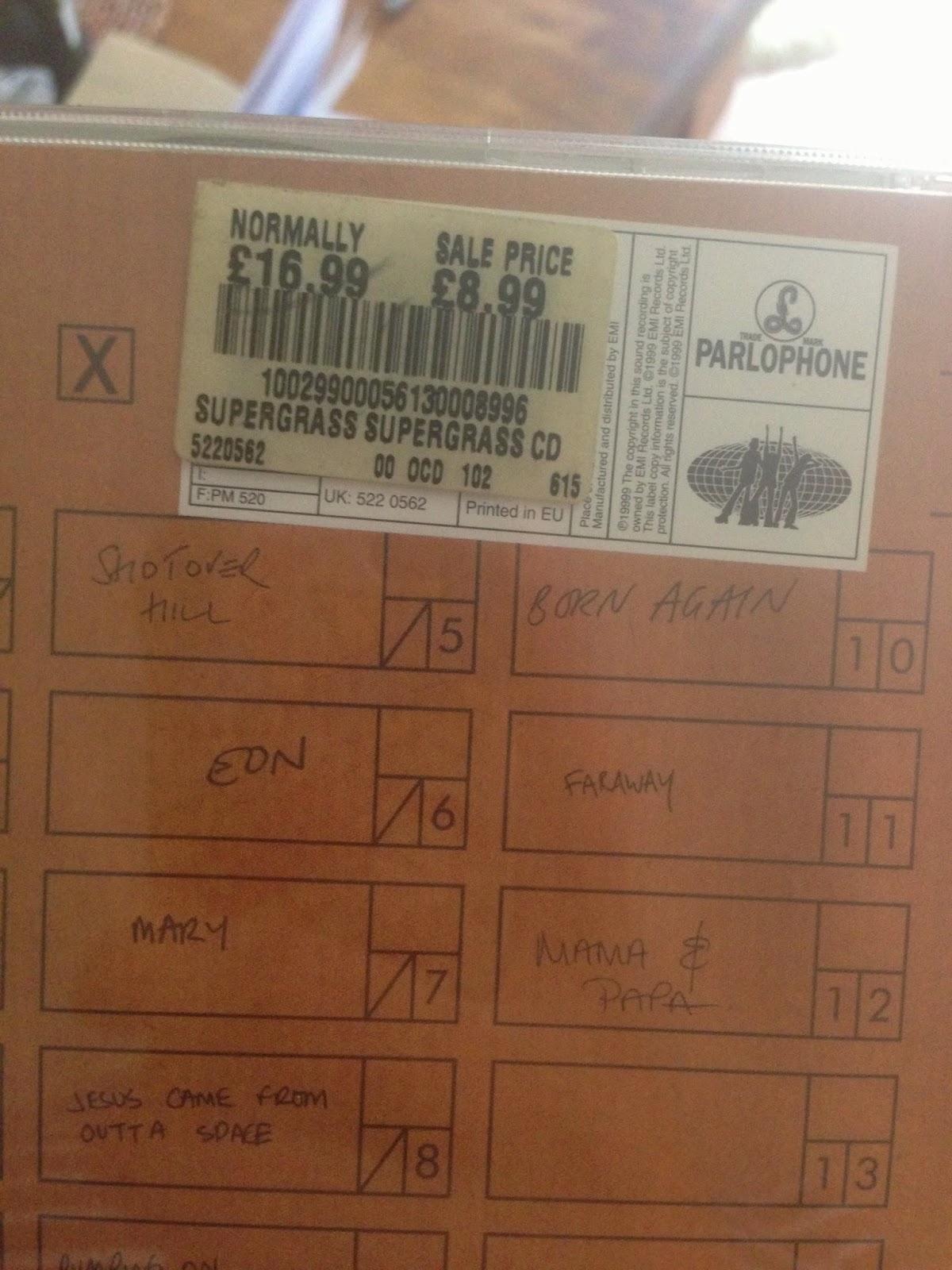 Now, the golden age of TV has been created in as much as what I mentioned in the previous paragraph, by the fact that the money was there to do it. $6 million being the average episode budget of series such as Game of Thrones, and that's considered cheap. One of the cries from the music industry was, and still is, that downloading is killing revenues. Well, this was more than a huge reminder that at the turn of the millennium, it had a golden chance to have the revolution. It could have embraced technology, it could have dictated how we moved into the digital age. It could have been on the front foot and we could all be listening to our music through 96k or even 196k players by now. It could have used the vast sums of money it made from re releasing previously recorded hits on the new spangled CD in the 80's and 90's and actually used some of it on R&D! The profit margins were so great, did no one at the top actually wonder if they would one day dry up?
The time to invest was then. The industry now is praying that the streaming model works. The hope that lies within the "5 lessons" article is, in my opinion, only that. Hope.
The quick financial gratification that can be gained by young boys and girls becoming ever more scantily clad and winging their way through auto tuned rubbish is a far cry from the Sopranos. To create high quality, well written, well produced, polished music requires time and money. Those lucky enough to get that stage are then faced with an industry intent on the quick buck, it always has been.
So the lesson learned from TV should be: give the good artists the money they need to create and then (to as close as what is realistic with that artist) leave them alone with the professionals to produce art that will hopefully sell for years to come.